What is Cask Ale?

Cask ale or cask conditioned ale -  Unfiltered and unpasteurised beer which is "conditioned"  (undergoes secondary fermentation) in the cask from which it is served, and dispensed without additional nitrogen or carbon dioxide pressure. Cask can be called "real ale", a term coined by the Campaign for Real Ale (CAMRA), a British Consumer Advocacy group primarily responsible for the re-introduction of cask ales after they nearly became extinct in the late 20th century.

Caution! This beer may contain flavour - Most modern beer, including most draught craft ale in America, is cleared of its yeast after fermentation, and then is placed in a secondary tank, to be artificially carbonated. It is devoid of the flavours produced by the lees (settled yeast). It is then chilled, often down to nearly freezing, which removes even more flavour. This modern beer is highly carbonated (yet another flavour restrictor), and pumped out of its keg under more pressure from carbon-dioxide.

Draught Beer - Cask ale sits on its lees after finishing its fermentation in the cask. This living beer undergoes secondary f﻿ermentation whic﻿h naturally carbonates the beer in its cask. This natural carbonation, much smoother than artificial carbonation, has insufficient pressure to force the beer out of the cask. It has to be pulled, or "drawn" out by a draught engine (Draught or Draft means "to pull", like a "draught-horse").

These four beers are genuine cask-conditioned ales, stored in their own temperature controlled environment, separate from our normal "brite-beers" and served from our beer engines. Three of our most popular real ales are on the engines most of the time, and a 4th "rotating" beer completes the line up. 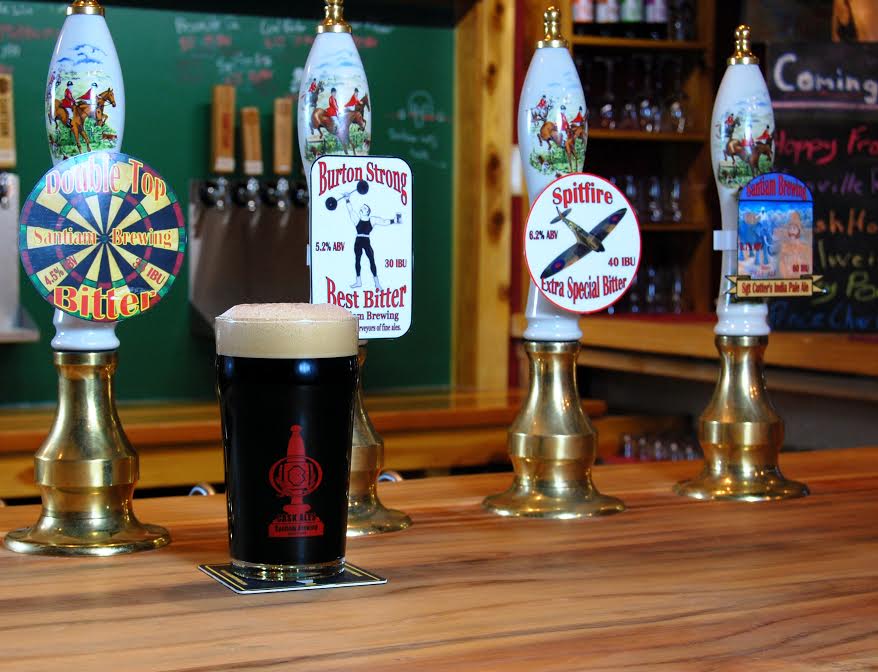 Not to be confused with the current monarch, our annual winter warmer is named after the "Young Pretender", Bonnie Prince Charlie.  Its strong malt profile includes a small amount of peated malt, lending a sweet and slightly smokey finish.